During lockdown we have been pretty much confined to the house so the inspiration for my artwork needed to be close to hand. I am a forager by nature and have always collected shells, rocks and things washed up on the beach. I’m drawn to their textures and shapes. Recently I have been painting the rocks and stones I have collected over many years.

I have developed an interest in the area called Morrison’s Haven, near Prestonpans. From 1526 until the 1920s it was a thriving port which exported salt, glassware, ceramics, bricks, fireclay and coal and imported brandy from France, port from Portugal, Delft china from the low Countries, leather from Danzig and furs from Canada. Such a wealth of history but very little evidence remains of the port today. The harbour has been shored up using old bricks, fabric and plastic netting with little sensitivity to the environment. At least the bricks are slowly being worn down by the sea and stand testament to the industrial past. These bricks in various states of decomposition hold resonance to me. Sometimes I portray them in exact detail and in other paintings I place them in imaginary landscapes. 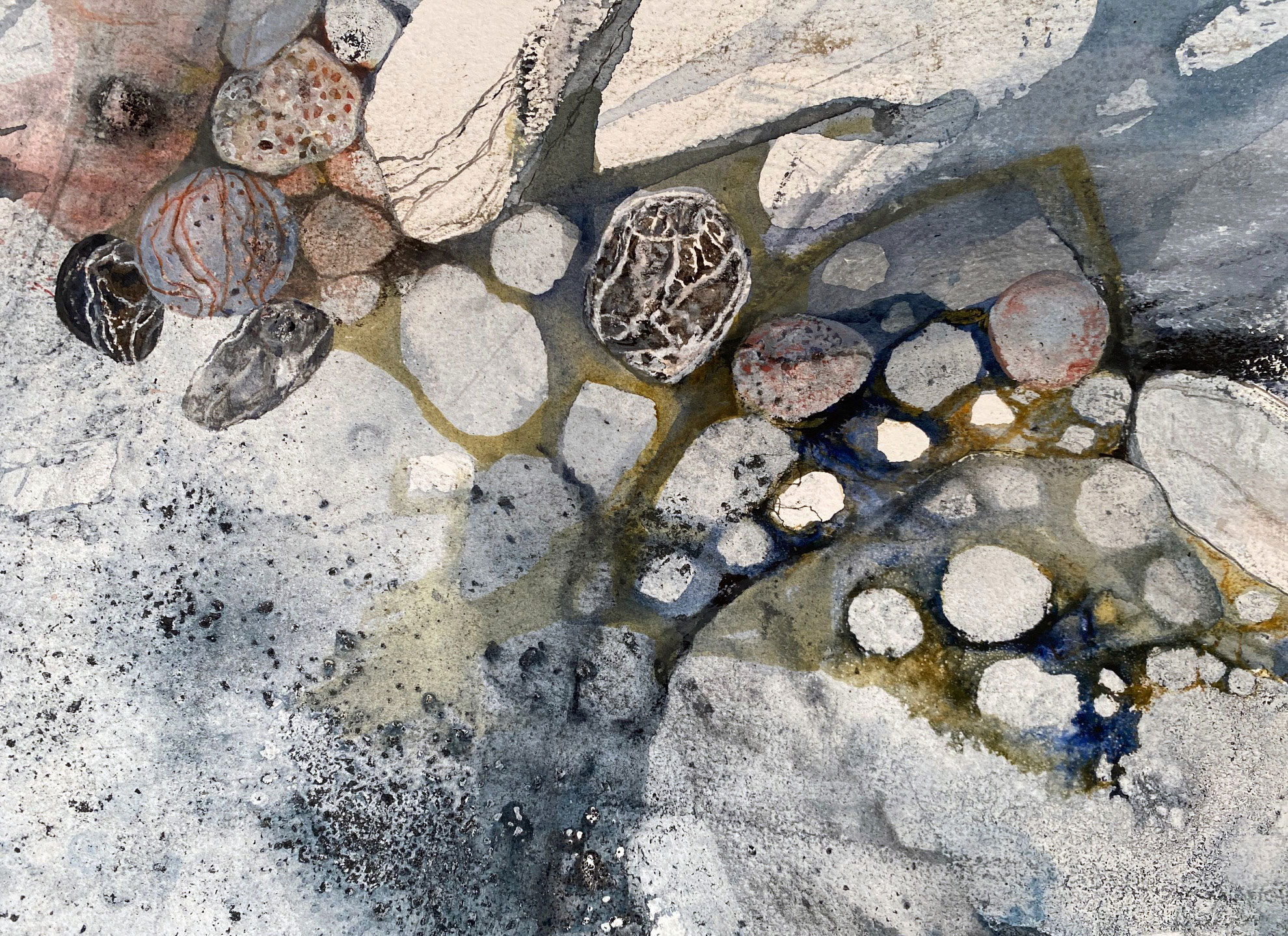 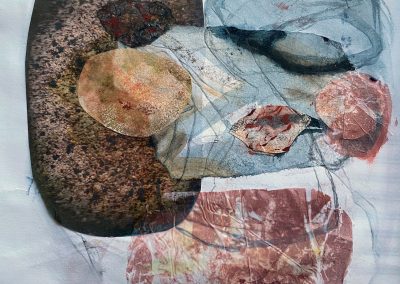 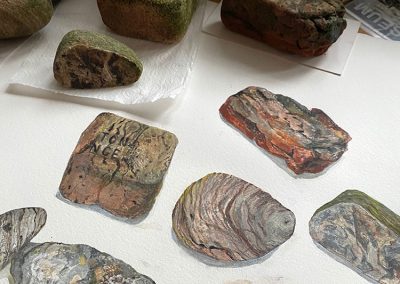 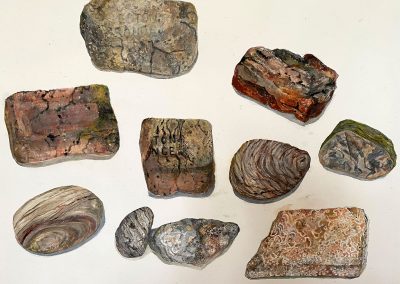 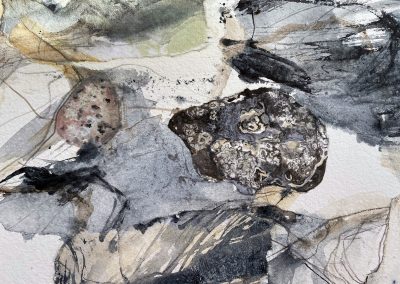 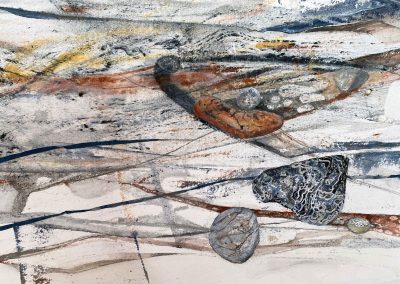